Meet The Groups from Season 3 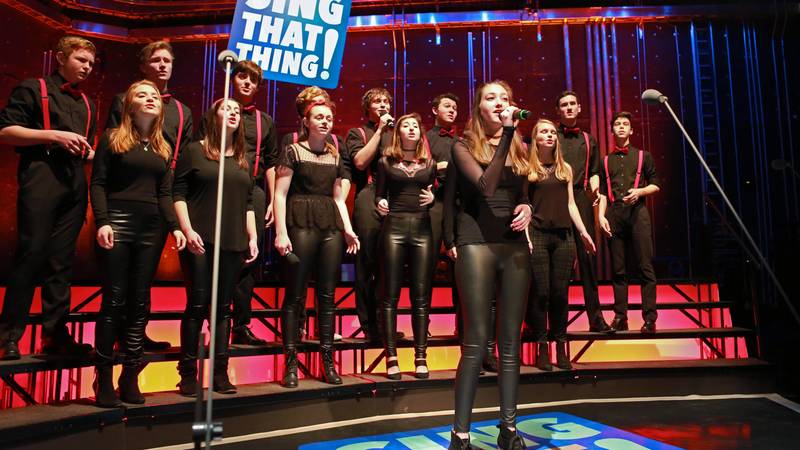 This Lincoln-Sudbury Regional High School group is, and for the last 13 years has been, 100% student run. A strong and supportive alumni network has blazed a trail for current members to follow. Alumni have left behind arrangements that remain staples of Accent’s repertoire, and they sometimes even bring their collegiate a cappella groups down to participate in workshops and joint concerts with Accent. Catch this young yet mature group in strikingly red bowties and suspenders on this season of Sing That Thing! 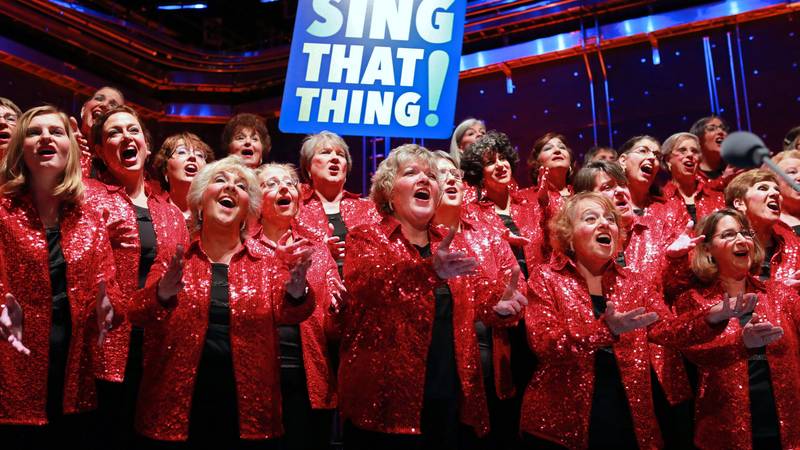 We checked with NASA: This group’s glittery red blazers can be seen from space as beacons of life and love that transcend the galaxy. With voices, even more dazzling than their outfits, the women of the Boston Skyline Chorus come from all walks of life. They are mothers, daughters, sisters, aunts, and grandmothers who share a love for music and a passion for performing. This 40+ member group is led by the fearless musical director, Wendy Pachter. As a member of the Sweet Adelines organization, the Boston Skyline Chorus is dedicated to advancing the “close harmony” of the barbershop genre through education, competition, and performance. 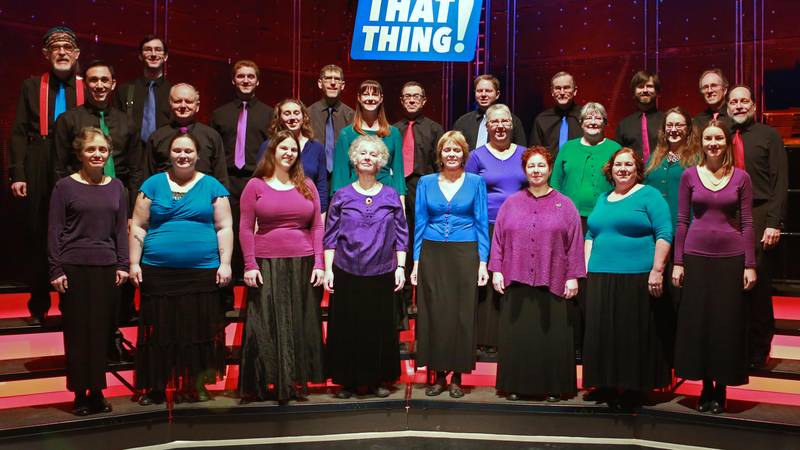 Beginning as a group of graduate students from Harvard and MIT, the Cambridge Chamber Singers is now celebrating its 36th season. Partly responsible for reviving Renaissance music in the Boston area, this ensemble enjoys sharing their love for classical, renaissance, romantic, as well as 20th and 21st century music with the Greater Boston area and all over the world. For the past sixteen years, the Cambridge Chamber Singers have held an international composition competition, receiving over 400 applications from 34 countries in the past year alone! For the past 29 years, Ray Fahrner, the musical director, has been challenging his singers with difficult music. Fahrner, as well as his ensemble, enjoys building 8-part vocal arrangements, understanding the motives of late composers, and working through the difficult spots in complicated time signatures. 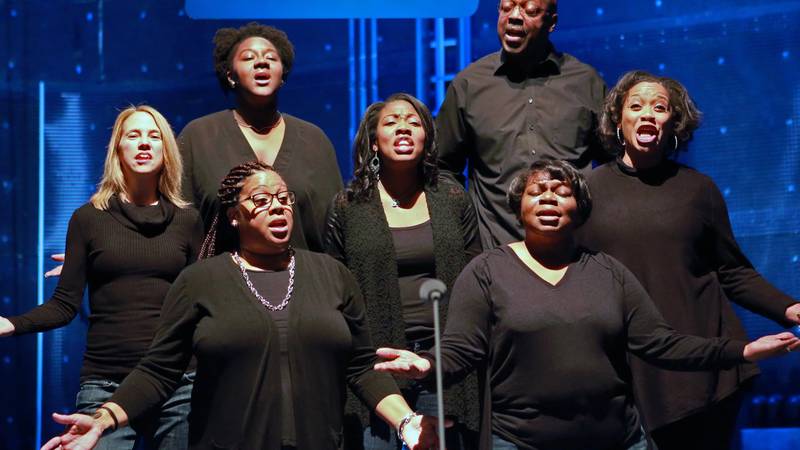 Each member of Confirmation was handpicked by Director David Coleman from various choirs he has worked with in the past. Confirmation comes together with the purpose to take gospel music beyond the four walls of the church. Confirmation has performed original compositions and arrangements by Coleman at numerous prisons, schools and universities, homeless and veteran shelters, and of course, churches. This talented and well-traveled group has performed for the Democratic National Committee and even opened for George Clinton and Parliament. Go long! Confirmation also served two years as worship leaders for the New England Patriots. The members of Confirmation pray together, work together, sing together, and bring a message of hope, joy, and peace. 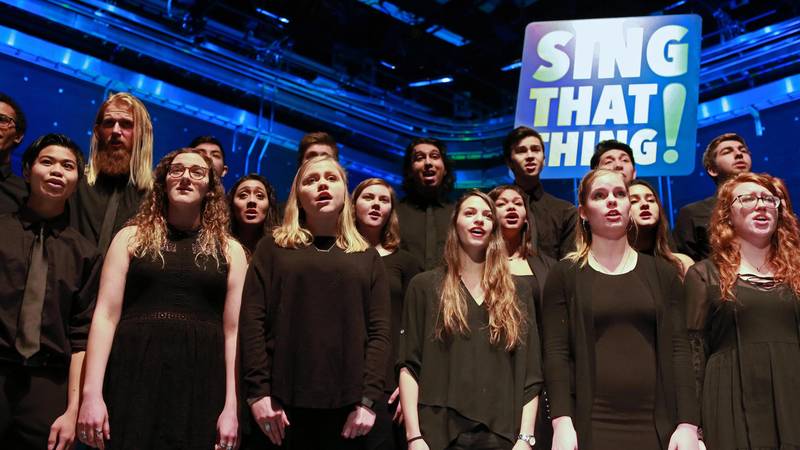 Crepusculum Choir, based at Berklee College of Music in Boston, is a unique student-run choir. The word “Crepusculum” translates to “twilight” in Latin. The beautiful balance of light and dark represents diversity in their repertoire, as well as diversity in their members. Crepusculum is an inclusive group that accepts singers from schools all over the Boston area, not just Berklee. They sing a wide variety of music, from Baroque and Renaissance pieces to contemporary choral compositions and spirituals. Many of their members sang in choirs throughout high school, and miss the experience of singing in a chorus. More than a few members have met their closest friends within Crepusculum, and as their family grows, their musical achievements do too. A family that sings together, stays together. The motto within their group is: “Crep fam is best fam!” 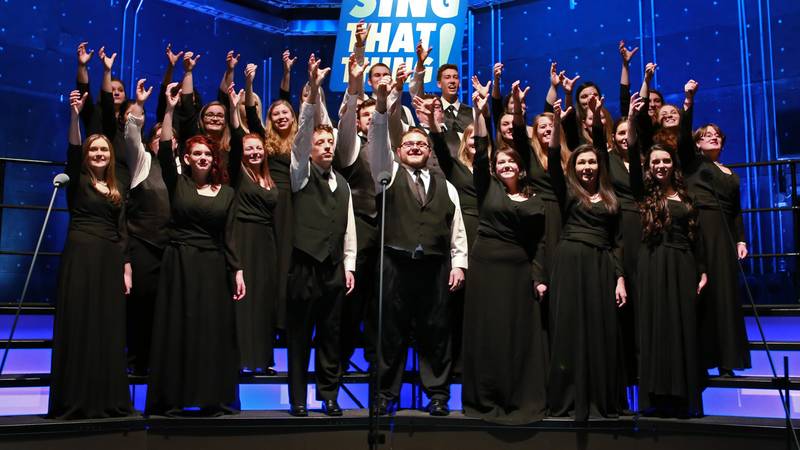 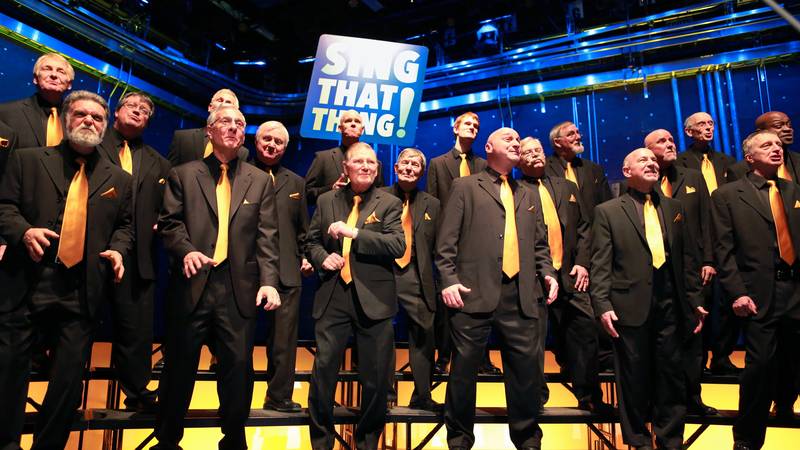 What do dentists, utility workers, lawyers, fireman, policemen, and even more have in common? You can find them all singing with The Gentlemen Songsters. This group of men from the Merrimack Valley sing in four-part barbershop harmony, and are proud members of the Barbershop Harmony Society. The Gentlemen Songsters feature members with accomplished musical backgrounds, while others claim to have never read music in their life. In fact, most of the men never performed in public before joining the Songsters. The group has been around for over thirty years, with an average member age of sixty-five, showing that music and singing are lifelong hobbies. Above all, they enjoy their mission to "keep the whole world singing," through fellowship and harmony, and believe that music will help develop our human spirit. 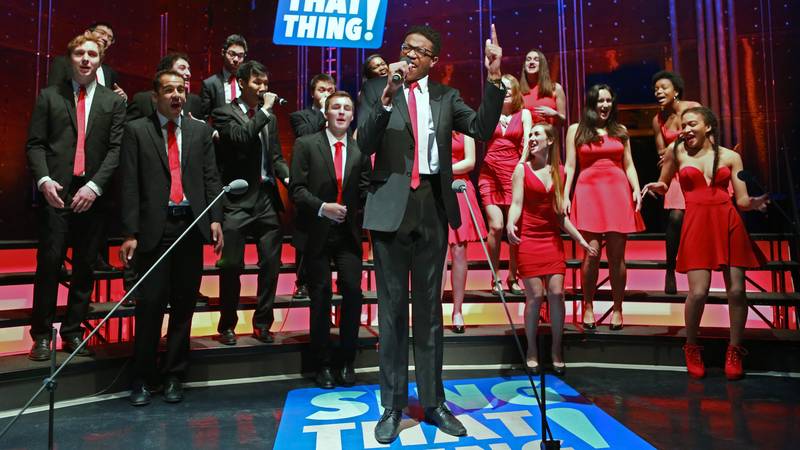 Founded in 1999, the Harvard LowKeys are an award-winning, contemporary co-ed a cappella group from Harvard University. They perform twice a year in Harvard’s historic Sanders Theatre, embark on world tours, and sing at venues in and outside Greater Boston. The Harvard LowKeys arrange all their own music, and put their own spin on favorite hits. LowKey members hail from all around the globe and from diverse academic backgrounds, but they are united by their dedication to the group and love for a cappella. Service is deeply engrained in their values; the LowKeys regularly perform for schools, fundraisers, and other non-profits in hopes of spreading their love for music. 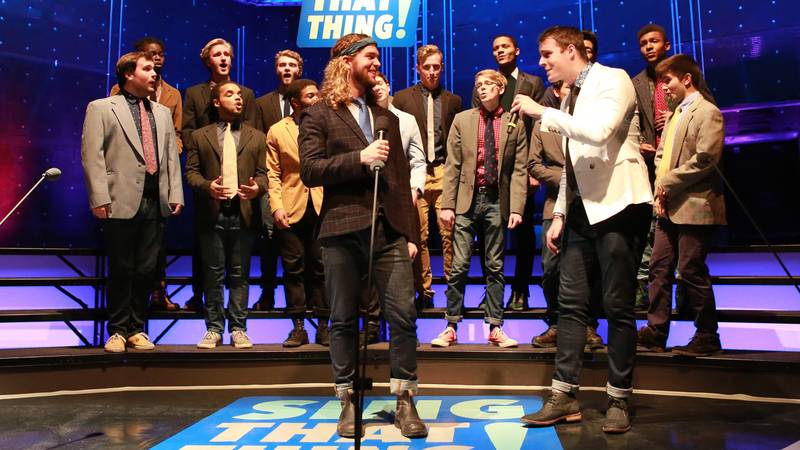 From Bates College in Maine comes Manic Optimists. Ten years after its inception, the Man Ops transitioned from a sketch comedy troupe to an a cappella group, clad with over-the-top choreography and the true staple of any traditional all-male collegiate a cappella group: an array of eccentric blazers. Throwing jokes and sketches into their sets, the young men keep their audience engaged and singing along during every performance. Although they all have strong musical backgrounds, everyone in the group has a different major, adding an interesting layer of diversity to the group. There is also a broad array of hobbies and interests among the group members, ranging from theatre kids, to hardcore athletes, to video game enthusiasts, to DJs. This is the Manic Optimists’ second year competing on Sing That Thing!, and they do it for their dear friend and fellow Man Op, James Juhn, who passed away last year. 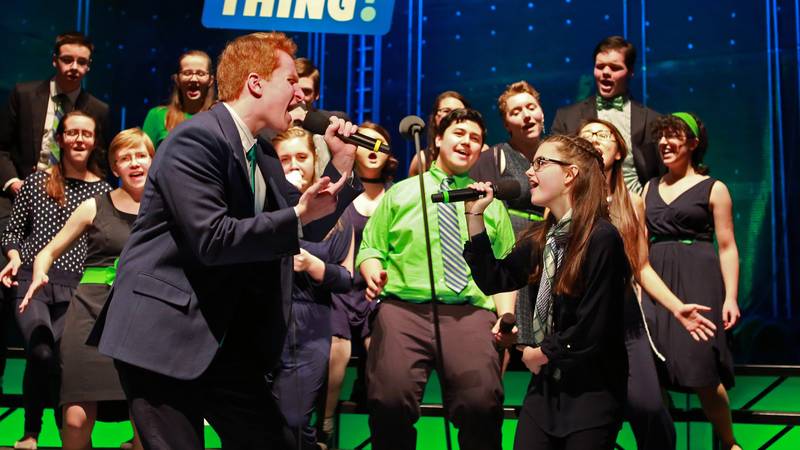 North Reading High School’s a cappella group Noteorious is proof that persistence pays off. After being left off the ballot the first two seasons, Noteorious didn’t take “no” as an answer. Noteorious learned something new from each rejection, and now have a chance to strut their stuff on Season Three of Sing That Thing! You can spot these singers in their traditional navy blue and green singing fun, contemporary pop pieces. They are a student led group with two co-music directors and a president to oversee the administrative aspects of the group. Each member of Noteorious is a well-rounded cog in their machine. For example, Noteorious does not retain the same vocal percussionist for every performance. Instead, each member of the group has an opportunity to take the role of vocal percussionist for a spin. Whoever fits the part best gets it, even if they haven’t done it before. 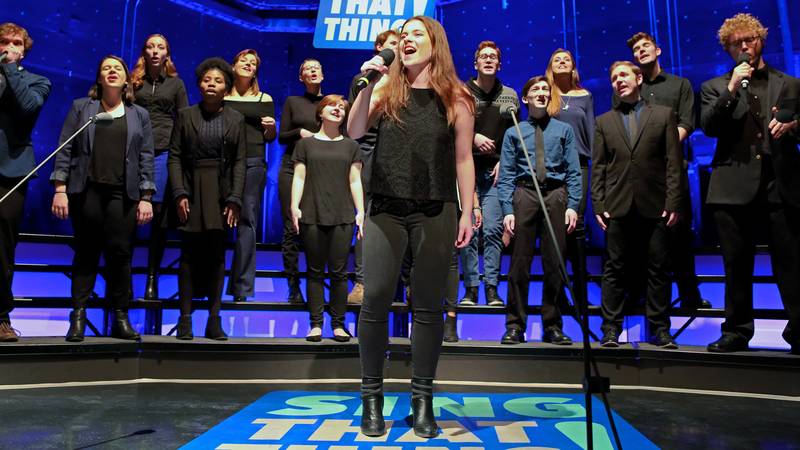 Noteworthy, which began as a group of friends, was founded as Emerson College’s first a cappella group in 2003. Noteworthy has grown into a family devoted to the Boston community with a collection of loving alumni. Alumni routinely hop onto the stage when current members sing Billy Joel’s “Lullaby,” a permanent song on the group’s set list. Their arrangements focus on enjoyable harmonies and upbeat tunes, with a unique percussion. Noteworthy implements philanthropy by donating the proceeds from their concerts to a different charity every semester. In the past, they have worked with organizations such as A Prom to Remember: Boston, Conquer Chiari, and Pine Street Inn. 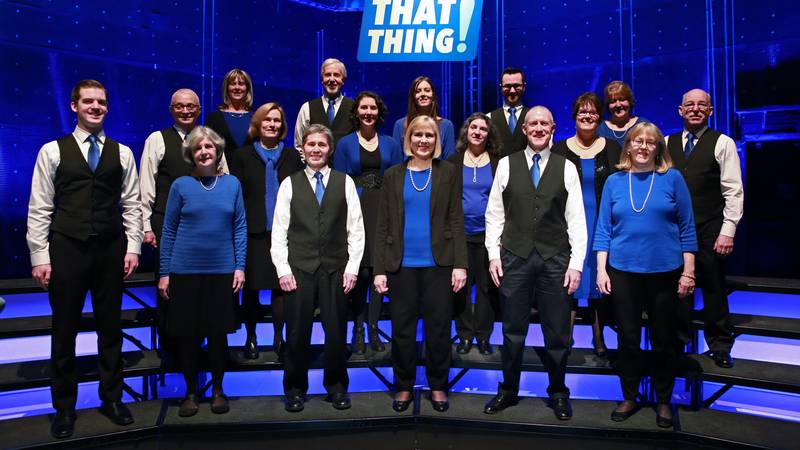 Oure Pleasure Singers is a small group of vocalists dedicated to the joy of serious music-making. Comprised of singers from Providence, Attleboro, and surrounding communities, the ensemble sings an eclectic variety of music, ranging from Renaissance and Medieval music to Jazz and Pop, and embraces both the sacred and the secular. Oure Pleasure was founded in 1983 by friends who sought the special enjoyment of a small, closely-knit vocal ensemble. Oure Pleasure Singers remain close-knit; almost half of the group are in some way related to each other. There are three pairs of spouses, as well as a father and son-in-law. Oure Pleasure Singers borrow their name from the words of the madrigal “Sing We and Chant It,” which once was their signature piece. 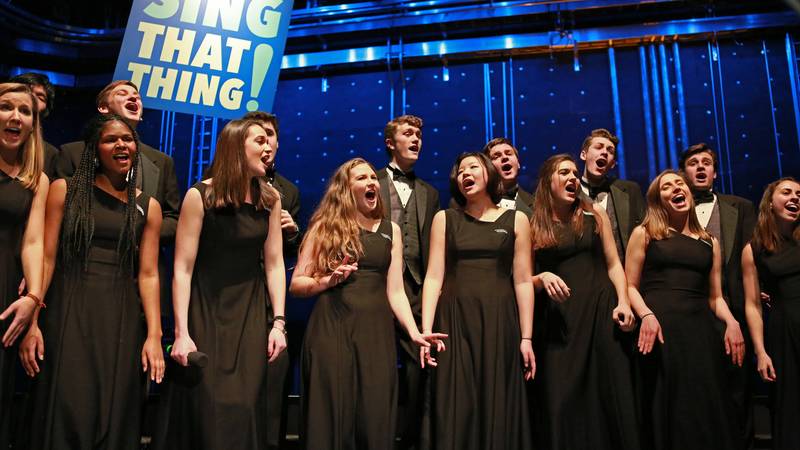 The words “dedication” and “commitment” are highlighted, underlined, bolded, and italicized in the Wellesley High School Rice Street Singers’ personal dictionaries. They can be found in the same place at the same time every Monday, Tuesday, Wednesday, Thursday, and Friday: chorus practice. This select jazz choir is whittled down to about twenty voices from a choral department of over three-hundred singers and five other curricular choral ensembles. Rice Street Singers have earned eight consecutive gold medals at the Massachusetts Association of Jazz Educators (MAJE) Festival. Choral director Dr. Kevin McDonald is incredibly dedicated to his students, who have had the opportunity to perform with and receive workshops from world class jazz artists such as Lauren Kinhan, Peter Eldridge, and Roberta Gambarini. 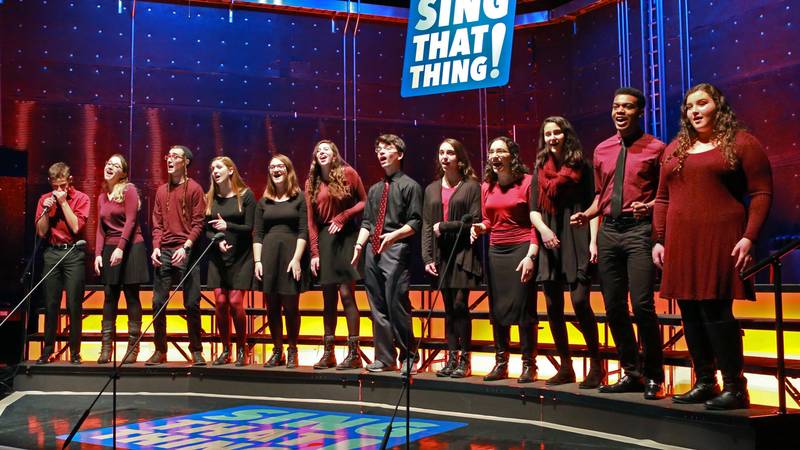 Formed eleven years ago by an ambitious group of students with a passion for a cappella singing, the ShenaniGanns perform both in and outside the Greater Boston Jewish community. Impressively, this dynamic group has received national recognition for their live, as well as recorded work. Their extensive repertoire includes classic Jewish liturgical songs, modern Israeli music, and contemporary pieces. This musical high school group has been recognized for their astonishing talent. One of their tracks was selected for both the Best of Jewish A Cappella (BOJAC) and Best of High School A Cappella (BOHSA) compilation albums. 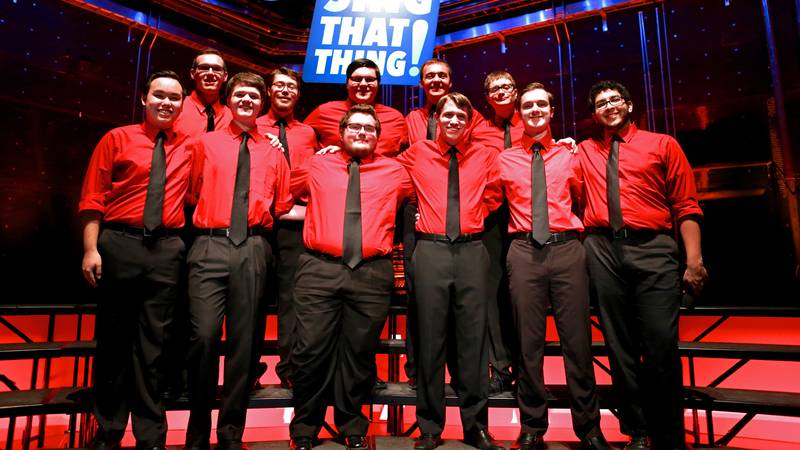 Simple Harmonic Motion prides itself on its dedication to brotherhood. This group of male singers lives by the phrase “Brothers in Song,” a motto that truly transcends the dynamics of a standard singing group. A subset of the Men’s Glee Club at Worcester Polytechnic Institute, these musical fellas enjoy singing classic barbershop tunes, as well as pop and oldies. Founded over 20 years ago, this group has remained strong through tight harmonies and even tighter friendships; cue the “awwws.” 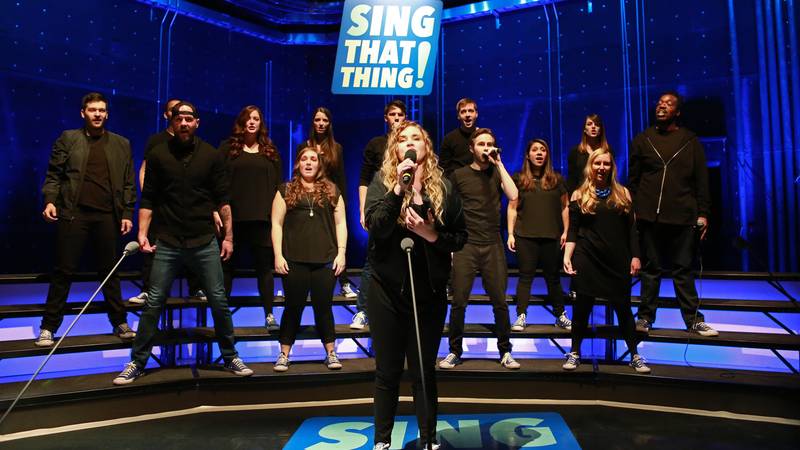 Formed in 2013, Sound Off is an award-winning a cappella group based in Boston and proud member of the Contemporary A cappella League (CAL). They are young men and women from all different career fields brought together by an unabashed love for a cappella music and performance. Sound Off plays to the strengths and interests of each member, which allows members to engage in activities and skills they want to improve personally and professionally. Through every challenge they’ve faced, the idea they were founded on has stayed true – everyone has a voice, and everyone has an impact. 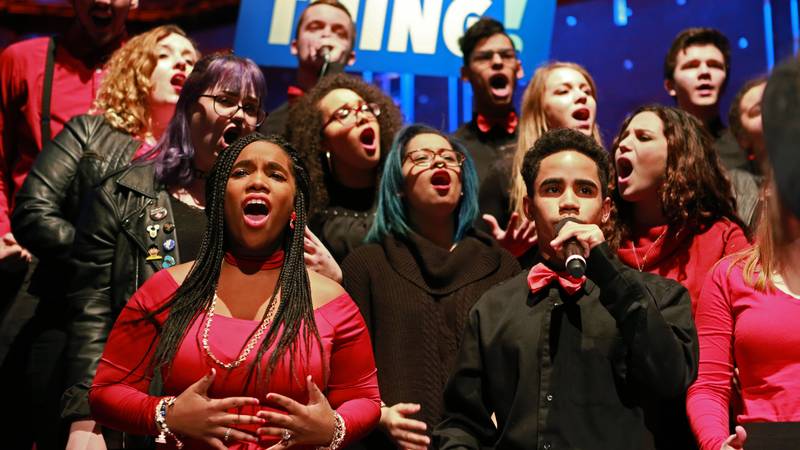 From Bristol, Connecticut, this award-winning high school a cappella group encompasses a diverse set of individuals that come from an array of different socioeconomic and musical backgrounds. Strawberry Fields believes the diversity within the group brings strength, understanding, and learning opportunities. Getting in this group is no easy feat! Strawberry Fields is made up of only sixteen students. Despite being a select group, egos are checked at the door. Strawberry Fields' choreography, look, and presentation are developed organically by all group members. This group enjoys performing pop and contemporary tunes with positive messages of affirmation and self-determination arranged by their talented musical director, Michael Coderre. 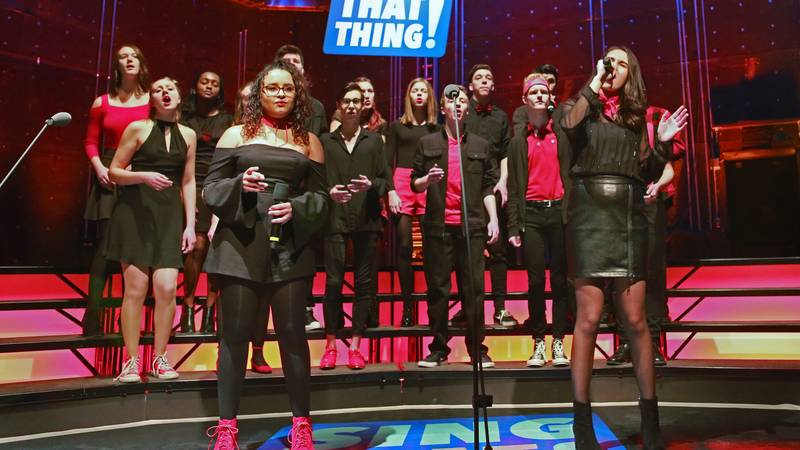 The Thursdays are a select a cappella group from Chelmsford High School featuring sixteen students, evenly divided between bass, tenor, alto, and soprano. This is their first time participating on Sing That Thing!, but they certainly are not new to competition. In fact, they love to compete! Currently in their third year, The Thursdays enjoy a busy competition season including a recent winning set at the N.E. Voices Festival and an upcoming appearance in the International Championship of High School A Cappella (ICHSA). The Thursdays began as a jazz choir, but through a unanimous vote they decided to change to an a cappella choir; democracy in action! When The Thursdays sing, they strive to tell a different story from beginning to end each time. Defying all expectations, The Thursdays do not rehearse on Thursdays.

Sing That Thing! is a production of

Special Thanks To Co-production Stations

With additional funding from Eran and Yukiko Egozy